Brother of King Ban of the deGanis family

King Bors of Gannes is the younger son of King Lancelot, and brother to King Ban of Benwick. His family had long had contact with the knights of Britain, and he was an early supporter of High King Arthur – sending his forces to relieve Arthur after he was attacked by King Lot’s numerically superior army.

Fostering strong ties between the two countries, King Ban has asked for Arthur’s help against King Claudas and his campaign against them. 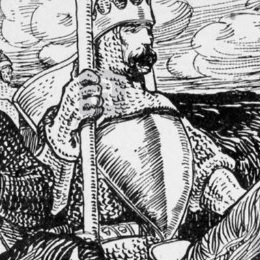