Unseen King of the Kingdom of the Circle of Gold

The King of the Kingdom of the Circle of Gold, his Knights challenge any who would ride to his Kingdom for duels of love – and no other reason. Many tell of the great treasure that would lay at the heart of the Kingdom, but so far no foreign knight has ever laid eyes on him, nor made it that far.

He was responsible for imprisoning many great monsters inside of his Kingdom, and established the Challenge of the Circle of Gold as part of the spell binding them there. Upon his death, if he dies in any way but at the completion of the challenge the monsters will be released, meaning his position, though not his life, must be eternal to maintain the seal on the Kingdom.

In 497, he was challenged and killed by King Conlan, who assumed his mantle. 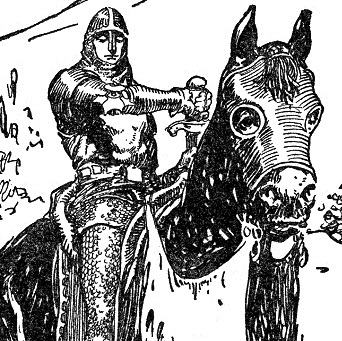