Nuada of the Silver Hand

God of the Tuatha Dé Danann

Nuada was king of the Tuatha Dé Danann for seven years before they came to Ireland. They made contact with the Fir Bolg, the then-inhabitants of the island, and Nuada sought from them half of the island for the Tuatha Dé, which their king rejected. Both peoples made ready for war, and in an act of chivalry allowed their numbers and arms to be inspected by the opposing side to allow for a truly fair battle. During this first great battle at Mag Tuired, Nuada lost an arm in combat with the Fir Bolg champion Sreng. Nuada’s ally, Aengaba of Norway, then fought Sreng, sustaining a mortal wound, while the Dagda protected Nuada. Fifty of the Dagda’s soldiers carried Nuada from the field. The Tuatha Dé gained the upper hand in the battle, but Sreng later returned to challenge Nuada to single combat. Nuada accepted, on the condition that Sreng fought with one arm tied up. Sreng refused, but by this point the battle was won and the Fir Bolg all but vanquished. The Tuatha Dé then decided to offer Sreng one quarter of Ireland for his people instead of the one half offered before the battle, and he chose Connacht.

Having lost his arm, Nuada was no longer eligible for kingship due to the Tuatha Dé tradition that their king must be physically perfect, and he was replaced as king by Bres, a half-Fomorian prince renowned for his beauty and intellect. The Fomorians were mythological enemies of the people of Ireland, often equated with the mythological “opposing force” such as the Greek Titans to the Olympians, and during Bres’s reign they imposed great tribute on the Tuatha Dé, who became disgruntled with their new king’s oppressive rule and lack of hospitality. By this time Nuada had his lost arm replaced by a working silver one by the physician Dian Cecht and the wright Creidhne (and later with a new arm of flesh and blood by Dian Cecht’s son Miach). Bres was removed from the kingship, having ruled for seven years, and Nuada was restored.

Nuada of the Silver Hand 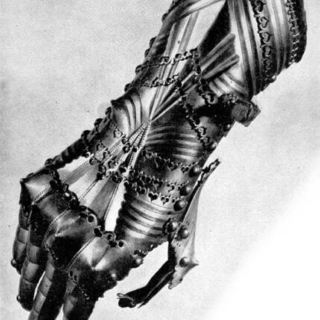