Gentle-hearted giant living off of the wilds

A gentle, if slow giant, he was vexing the sorceress Meroe, and Sirs Caleus, Liam and Gariant were tasked by the crone to kill him. Upon meeting him, he was not in any great rush to fight, but did indeed defend himself quite well in battle. Despite his size, he was overcome by the three knights, and slain.

Though Liam wanted to take a trophy, he had impressed the knights with his nature and Sir Caelus insisted that he receive a proper Christian burial. 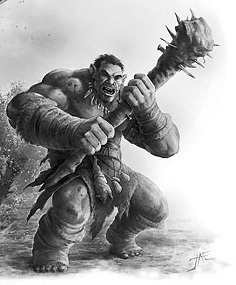