The good Prince Boudwin, is known as an honourable and well-beloved figure by all the people of Cornwall, as well as a skilled strategist in battle. Due to a childhood injury, he was left crippled and as such his fighting prowess is much less than that of his older brother, Prince Mark.

As part of a political marriage to secure the loyalty of Tintagel, he married Lady Junah, though agreed to respect her children’s claim to the rule of the area. 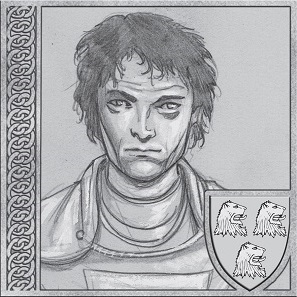