Twin brother of Sir Balan, and drew the sword of the greatest knight

The twin brother of Sir Balan, Sir Balin drew the sword destined for the “greatest knight in the world”. At his brother’s urging, he did not return the sword but instead swore to embark on a life of adventure. His first act with it was to slay Nineve, as years ago the Lady of the Lake slew their mother in Year 494. Harbouring a great hatred for them, Balin received banishment from High King Arthur from his Kingdom, and set out to claim his adventure.

He fought Prince Lanceor in combat when the Prince came to hunt him down for his crimes, and went off to banishment. 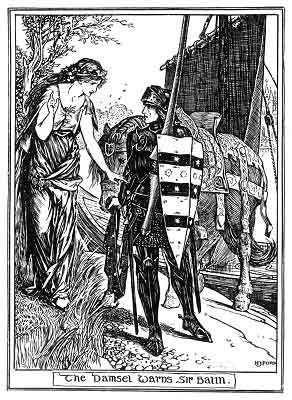